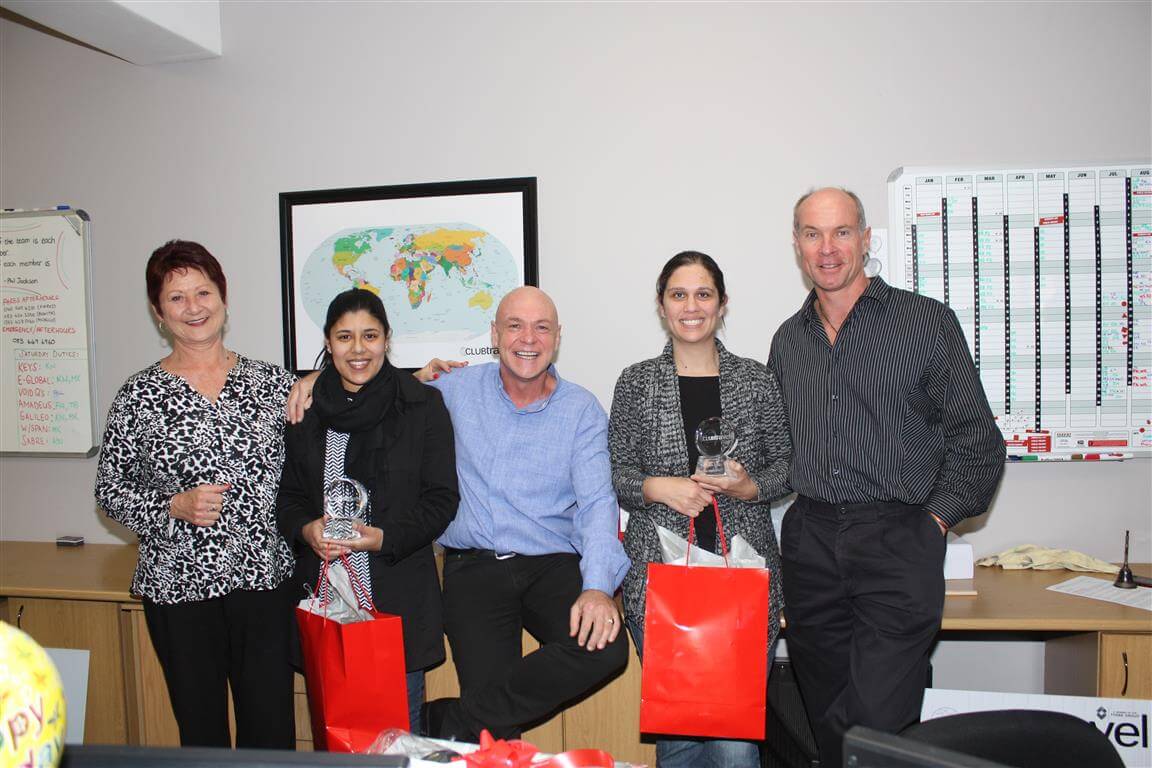 Club Travel celebrates and recognises employees who walk the extra mile and deliver consistent excellent service to their colleagues & customers.  On Tuesday, 16 August 2016, the excitement was running high at Club Travel’s Head Office, as everyone braced themselves for the annual announcement of the Exceptional Employee of the Year 2016.

Staff gathered around as Wally Gaynor, Club Travel MD, started running through the office with a flag that read “Exceptional Employee of the Year”. Employees got up from their seats, following him with curiosity to see who the winner will be. He ended up in the Ticketing department and stopped at the desks of two very special ladies – Jolene Hendricks and Waseema Raven.  Charmaine van Niekerk, Operations & HR Director, read out the nomination as the gathered crowd cheered on the achievements of their colleagues.

They were nominated by Wayne Matthews, Ticketing Quality Controller, for their outstanding achievements. Between September 2015 and February 2016 Jolene issued a staggering 6 609 tickets with only seven errors. During the same six month period, Waseema issued 4 630 tickets with a mere 4 errors. Wayne stated: “What makes their performance so remarkable is the fact that they sustained it over such a long period of time and continue to do so.”

Each of the ladies received a cheque to the value of R5 000, a goodie hamper and were treated to a scrumptious lunch at the Strand Towers Hotel with the Club Travel Directors.